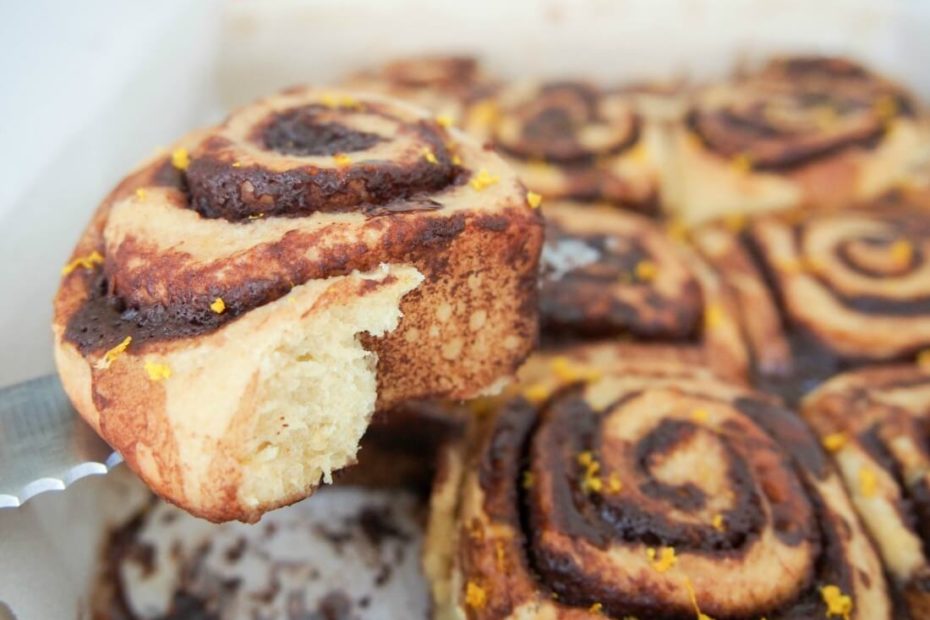 Chocolate and orange is a match made in heaven, and they work perfectly with a soft dough and cinnamon, too. Despite how indulgent that might all sound, these chocolate orange cinnamon rolls are actually healthier than you might expect. And delicious too.

Ever since I made and shared my pumpkin cinnamon rolls, I have been meaning to make another version. Not only did they break any fear I might have had about making cinnamon rolls, but they were so good.

I have been working on the idea of ​​some chocolate orange cinnamon rolls and eventually took the plunge in making them. Everyone instantly loved them. In fact I had to limit my son (and me) to save finishing them all immediately. And best of all, they’re really not that unhealthy.

After all, it worked in my sweet potato brownies and is typical of Mexican chocolate. I didn’t go for a lot of cinnamon here, but it all works so well, I’m not messing with this one. Well, maybe in the next batch when I find another excuse.

These make such a delicious treat, but they’re actually nowhere near as unhealthy as you might think. They’re made partly with wholewheat flour (in fact the only reason is part is to help them rise a bit better) and there’s no refined sugar. Yet they’re still moist and gently sweet.

These follow very much the same process as most cinnamon rolls.

Chocolate and orange are such a delicious mix and these chocolate orange cinnamon rolls combine them perfectly. Soft, gently sweet and with that touch of citrus. They make such a delicious snack or brunch treat, but one that’s relatively healthy, so you don’t have to feel bad about coming back for another.

Try these other sweet rolls:

A healthier, gently citrus-twist on a classic cinnamon roll, with a bit of chocolate thrown in because why not!

Try these other breakfast and brunch ideas using citrus: