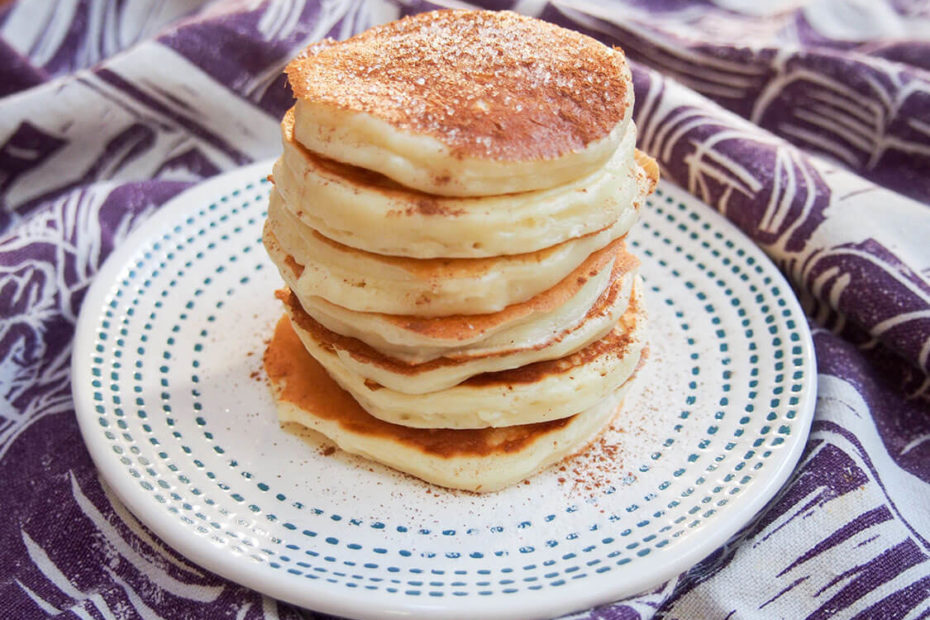 Cheese latkes are nothing like the latkes you may be familiar with for Hanukkah, but they are definitely one you need to try. More like ricotta pancakes, they’re gently sweet and delicious any time.

If you’re a regular here, you’ve probably seen me mention at some point how I find it fascinating how similar dishes can exist in many cultures. The same basic ingredients come together in much the same way, miles apart.

Some are recipes that traveled with immigrants and evolved, others emerged independently. These cheese latkes might surprise you by being different from what you might expect.

Cheese latkes are actually the most traditional, original latkes. The more familiar potato latkes are in fact a more recent creation.

Both, of course, are similar to other dishes, and these are most like ricotta pancakes. I did, in fact, see some recipes using ricotta in here, but I believe the more traditional use cottage cheese or farmer’s cheese, much like syrniki (Ukrainian/Russian cheese pancakes).

To me, this makes more sense since these are sometimes called Hungarian cheese latkes, or kaese latke, and that kind of cheese is more popular in that region.

How to make cheese latkes

I found the easiest way to make these was to put everything in the food processor and mix it up. Then take tablespoons of the mixture and fry in small batches until golden on both sides, just a few minutes.

If you don’t have a food processor, you can mix this by hand, and if so I’d suggest blending the wet ingredients first before adding the dry. You’re looking for a relatively thick mixture, that may still have the odd lumps of cheese but otherwise combined.

As with many pancakes, the first few may not cook quite as well as later batches, so consider them a practice round. They’ll still taste as good, though, so they are perfect for testing as you cook the rest. Just an idea, of course.

If your pan is non-stick, you will only need to gently brush oil over as you start. For pans that are not non-stick, you may need to brush a little more now and then as you go.

How do you serve cheese latkes?

You can serve these pancakes with syrup, cinnamon sugar or with some jam and sour cream. They are gently sweet so are best served with sweeter toppings rather than savory.

These cheese latkes might be a traditional Hanukkah food, but to be honest I could snack on them any time, as could my younger son. Light, smooth and gently sweet they’re tasty little bites.

Try these other pancake-like dishes:

Services: 14 pancakes, approx – enough for 2-3 people or more if snack