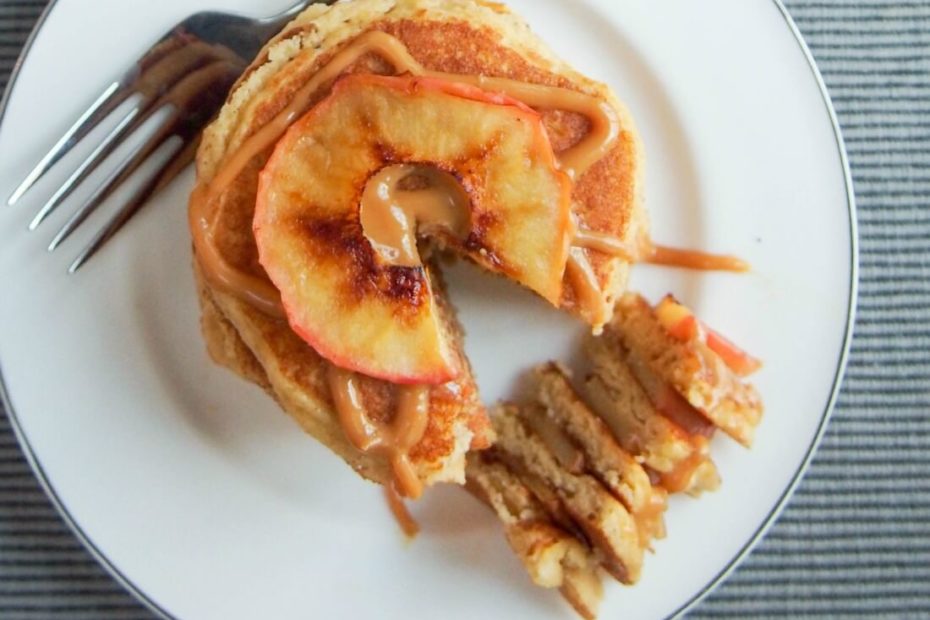 Happy pancake day! I know, for many of you today is more commonly known as Mardi Gras or Fat Tuesday, but where I come from the same day is known as Shrove Tuesday, and these days more commonly, pancake day. Why? Well because we eat pancakes, of course!

Shrove Tuesday and Mardi Gras are two names for the same tradition of using up all the rich foods you wouldn’t eat in Lent – butter, eggs etc. In the UK and some other places, pancakes have typically been made to use up these ingredients and it’s something I remember enjoying as a child.

The most traditional way was rich but plain crepes, or sometimes smaller, thicker pancakes as were more common in Scotland, topped with lemon juice and sugar, rolled up and gobbled down. I think I usually ate them right in the kitchen rather than even sitting down. This year, extending the Valentine’s Day theme of the last week, I thought a slightly more sophisticated pancake might be in order.

I love using almond flour in baking so it seemed about time to make some almond flour pancakes, and to make for a fancier, and really delicious, brunch, I’ve layered them with some cooked apples and dulce de leche, or maple syrup, depending on if you’re looking for a dairy-free option or not, and to taste.

How to make almond flour pancakes

Almond flour pancakes are really easy to make, you simply mix the dry ingredients, whisk together the wet ingredients then combine. They don’t particularly bubble as you cook them but you will see them rise a little and start to look a bit cooked around the edges which is your hint to flip them. Plus, you can put a palette knife/spatula under without it getting stuck in the mixture (yes, I had a couple test ones).

Don’t go for any pancake-flipping contest with these – they’re pretty floppy and a little tricky to turn. Keeping it low as you flip seemed to work best for me, and not making them too big as well obviously helps. Cook for just a minute more on the other side then serve.

How do almond flour pancakes taste?

Don’t expect almond flour pancakes to taste like regular flour pancakes, because they don’t. Almond flour is, after all, made from almonds and tastes like it is. It’s also that bit grainier than many other flours and you can taste that a little as well.

All that said, I really liked the slightly nutty flavor and the pancakes come out very light. They are relatively dry, so it’s worth pairing them with something more liquid.

While I liked the flavor of the apples and dulce de leche with them here, I think I’ll also try them with a fruit compote as I think that might also work well with them and the moisture could save me feeling like I needed just that bit more dulce de leche (which is nice now and then, but not always).

Maple syrup, as I mentioned above, would also work well along with both the pancakes and the apples and is obviously more liquid. But again it just depends on how much you like having more than a couple drops, as you may well need. I know many people use a bit of syrup with their pancakes anyway; I have just become that bit more used to more moist, fruit-filled ones (like these) so was just aware of the difference.

These almond flour pancakes are a great option for something that little bit different. The pancakes themselves are gluten and dairy free, and have no refined sugar, so work for many different diets as well. But most of all they are tasty, with a lovely nuttiness, and wonderfully light. And they’re a good excuse to have pancakes which, if there’s any day you want an excuse, today is it.

Try these other tasty pancakes:

These almond flour pancakes are easy to make with a deliciously nutty flavor.